Come to our Tipi Village in Sedalia, CO for the Indigenous Wisdom Summit & Four Directions Ride! Welcome Riders with a drum ceremony as they arrive from the Four Directions and stay for cultural presentations and intimate dialogues across cultures.

Ancient civilizations around the world have long held the Four Directions sacred. An Earth-based belief system that has provided guidance and protection, the Four Directions has been known to represent the spiritual, emotional, intellectual and physical aspects of human life as well as the developmental life stages, the four seasons and the elements of nature. In Indigenous cultures across the globe, the Four Directions are still regarded as sacred and incorporated into prayer, ceremony and way of life.

Tribal members and honorary riders (by invitation only) will be coming in each day from the four cardinal directions.  The public is invited to greet the riders and stay for this free event! Check out the schedule HERE and stay as long as you'd like to connect with the Tipi Raiser's community!

PLEASE NOTE: This event is held at the Denver Polo Club at 6359 Airport Rd, Sedalia, CO 80135. This is an outdoor event, please prepare according to the weather forecast. The tipi village is in a setting with uneven footing, please come prepared with proper footwear.  There is a short walk from the parking to the village - no more than 1/4 mile. We also encourage guests to bring a water bottle and a camp chair!
Food drive on site at the summit! Click here for the list of items we are accepting!

Why have an Indigenous Wisdom Summit? 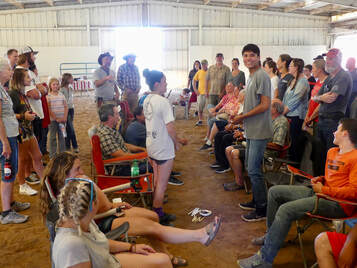 Indigenous wisdom from all corners of the earth teaches us about the significance of the Four Directions, the power of the circle, that the horse is sacred, that water is life,  that respecting and learning from ones elders is a sacred duty and that we must tend to the land today so that those who will live on it in seven generations will have a beautiful and thriving Unci Maka (Grandmother Earth).
​
WE BELIEVE that modern society as a whole desperately needs exposure to these Indigenous lessons, values and ways of life if there is to be healing as a People and a planet. As such, we strive to integrate the teachings from Indigenous wisdom into all of our programs and ways of operating. This annual event is intended to instruct and inform healing through honoring the Indigenous wisdom from the various Native communities that we work with - in all directions.

We invite you to join the Tipi Raiser's community and our Gen7 youth, as we welcome the Riders each day and to join the festivities. These are great opportunities to join in community, engage in meaningful dialogue and re-learn the ancient wisdom that our ancestors held and is deep inside us all.  When Native and non-Native people come together in this way, opportunities emerge to understand each other's culture, engage in genuine dialogue and create lasting friendships.
Indigenous Wisdom Summit Schedule
In alignment with the Indigenous wisdom of reciprocity and gift economies, all Tipi Raiser's events and programs are FREE. We believe that those who join us on our mission receive the gift that is inherent in that experience and that they will give back to the best of their ability - in this way, we can all stay in balance. "When a society loses the sacred - when everything has a monetary value, the commoditization of human life cannibalizes itself." Basil Brave Heart

It is through grants and donations that we are able to subsidize all Tipi Raiser's programs, including the Summit & Ride.
If you feel moved to donate at any time, please do so here! 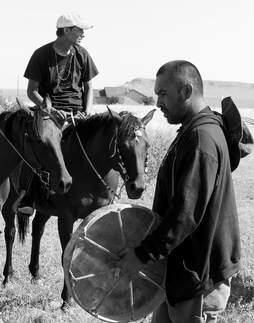 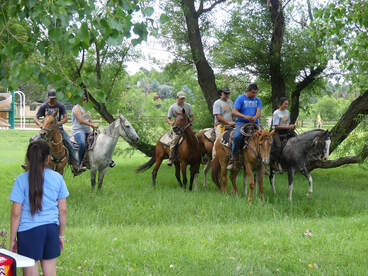 WE HOPE TO SEE YOU IN JULY!