Aimee and Jamie are Tribal members living on Pine Ridge and work year-round as a part of our team to help mitigate conditions of poverty on Pine Ridge.  The team helps to distribute needed food, firewood and material donations to the families on Pine Ridge who we have been assisting regularly since the onset of Covid. 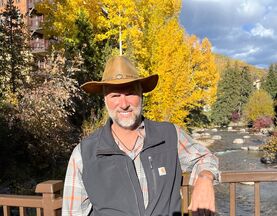 Executive Director of Ti Ikciya Pa Slata Pi/The Tipi Raisers since 2011, Dave grew the organization from its humble beginnings. He oversees all of the programming and is directly involved in running the volunteer trips, food and material donations, special events and the Gen7 Youth Leadership and Development program.

​Prior to joining the Tipi Raisers, Dave spent over 15 years running a wilderness therapy program for at-risk youth in which service trips in Native communities were often incorporated. 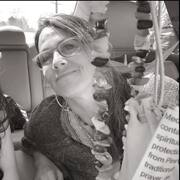 Since 2018, Lori has managed communications, grants and fundraising, and assists with special events and Gen7 Youth Leadership and Development.

Prior to joining The Tipi Raisers, Lori opened an elementary school in her community and worked at the Colorado League of Charter Schools for six years, assisting over 50 new schools in opening their doors. In that position, Lori received and managed over 1.5 million dollars in grant funding. 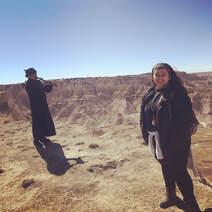 Mackenzie is a previous Tipi Raiser's "Featured Volunteer"!  She joined service trips and took on remote projects for the organization for several years before joining the team in 2021.

Formerly a Teach for America teacher, Mackenzie has quickly become a critical member of our team supporting the advancement of all programs of the organization as well as assisting with grant seeking, donor platform management and communications. 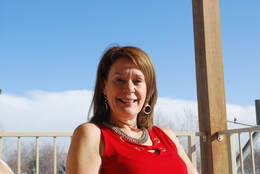 ​
Sharon has been working in the accounting field for many years.  She is also a counselor and previously worked in the faith community as a minister.  Sharon joined the Tipi Raisers team in early 2020 and is enjoying the process of setting up a great system "so that the rest of the team can concentrate on doing what they do best"!